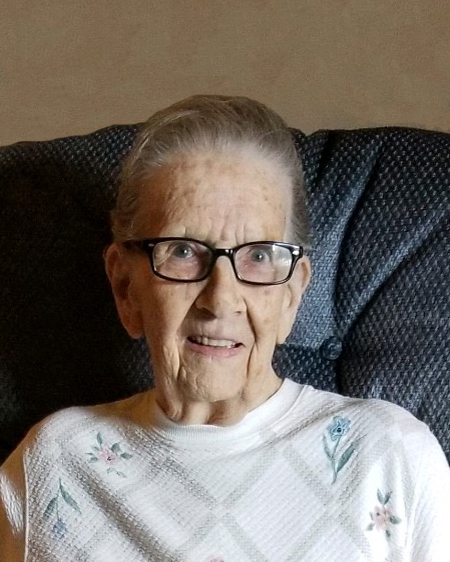 Beverly M. Bellefeuille Colegrove, age 92, went to be with her Lord and Savior on Wednesday morning, June 30, 2021. She was born April 27, 1929, in Escanaba, Michigan, to Alfred J. Bellefeuille and Ella Mae O’Connor Bellefeuille. She was the oldest of nine children, and married Warren E. Colegrove on October 11th, 1947 in Escanaba.

Funeral services will be held Sunday 6 pm at Pentecostals of Kentwood, with Brother Paul D. Mooney officiating. Burial York Cemetery. Relatives and friends may meet the family Saturday from 6-8 pm at Stegenga Funeral Chapel, 3131 Division Ave, Wyoming, and one hour prior to the service at church. Those who wish may make memorial contributions to a charity of one’s choice.