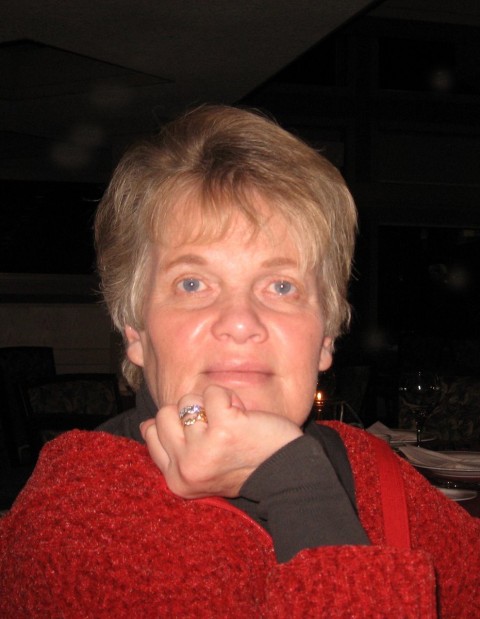 ​Diane Patricia (Montgomery) Cunningham of Grand Rapids, Michigan, passed away on Tuesday, June 21, 2022, at the age of 79. The only child of Michael Joseph Montgomery and Helen Elizabeth (Dorsey) Montgomery, she was born on July 20, 1942, in Denver, Colorado. She lived in Denver, CO until she was about 8 years old. Then, she moved to Portland, Oregon with her parents where she lived until getting married. She graduated from the high school, Holy Child Academy, in Portland, Oregon in 1960.

Diane was an extremely gifted concert level pianist at an early age and played throughout her life. In high school, she played volleyball, sang, and accompanied people on the piano in various choirs and choral groups. She studied Music at the University of Portland in Portland, Oregon from 1960 to 1962. At the University of Portland Concert Choir, she met and then later married Richard Edward Cunningham, Sr., the love of her life, at St. Rose Catholic Church in Portland, Oregon on September 15, 1962.

Diane started teaching piano lessons to local students while she was in the 8th grade and continued teaching throughout high school and until her retirement. She played extremely difficult and complex pieces from Bach, Chopin, Mozart, and other composers for her Senior Recital in 1960. Most of her children took lessons throughout their growing years on the spare piano while she taught music in the front rooms. In addition, Diane played for weddings, funerals, local events, school concerts, and accompanied participants in multiple choirs and parishes all throughout the various churches and schools that her family attended throughout her life. Her children also grew up listening to beautiful classical piano pieces and favorites such as “Joy”, “Classical Gas”, “Chariots of Fire”, “The Our Father” (Janet Mead version), and other rousing renditions of contemporary music. She often accompanied her husband, Dick, on guitar for various events and parties.

The bulk of Diane’s career was spent in Parish Ministry. She began working at Our Lady of the Lake in Seattle, Washington teaching music, religious education, and language arts part-time and later transferred into full time ministry, mostly religious education at first. She served as a spiritual director, counselor, mentor, teacher, program manager, and facilitated numerous small groups and workshops throughout her ministry. Later, she worked in St. Benedict’s Parish in Seattle, Washington, St. Madeleine Sophie Catholic Church in Bellevue, Washington and Holy Rosary Church in Idaho Falls, Idaho. The later years of her ministry included positions as Director of Religious Education for St. Jerome Catholic Church in Newport News, Virginia, St. Mary Magdalen Parish in Kentwood, MI, Holy Trinity in Washington, DC for two years, and finally Saints Peter and Paul Catholic Church in Saginaw, MI and Holy Name of Jesus Parish in Wyoming, MI again. Even after she retired, she continued her volunteer ministries, counseling, mentoring, and pastoral ministry to the sick and dying. She nurtured and served marginalized, disadvantaged, and people with disabilities as well as fought for social justice and equity causes all her life. She was an active Oblate of the Benedictine Sisters of Erie, Pennsylvania and was involved in Call to Action, and Prayer Shawl Ministry.

Diane was also a prolific writer throughout her life. She published articles, essays, poetry, and biographical writings. She also facilitated multiple small groups and book clubs in the parishes or in her various homes. She was a voracious reader of fiction, mystery, non-fiction, history, anthropology, nature, current events, sociology, theology, philosophy, and poetry and would engage many on the deeper levels of profound thought and ideology.

Diane was famous for her extensive coffee cup collection and had cups from all over the world – friends and family would always enjoy a memory or laugh over tea or coffee with Diane depending on which cup they randomly chose. Believe it or not, she also collected dirt from the world over for her own profound reasons. Other favorite things were plants, trees, wolves, and dolphins. Rumor had it that she had the ability to call dolphins whenever she went to the beach – and they would always come and flip and frolic for her. Diane and Dick both loved the beach, and their two favorite happy places were Ludington Beach in Michigan and Seaside, Oregon! Oh! And did we mention Starbucks? – she loved coffee! But more than anything, she dearly loved and treasured her family and friends and was profoundly and deeply spiritual!

A Celebration of Life will be held at 10:30 am on Saturday, September 17, 2022, at Holy Name of Jesus Church, 1048 Chicago Drive SW, Wyoming, MI 49509 with Rev. Charlie Brown presiding. Relatives and friends may meet the family from 9:30-10:30 a.m. at the church before the service. Condolences may be sent online at www.mkdfuneralhome.com. Those who wish may make memorial contributions to Holy Name of Jesus Church or Benedictine Sisters of Erie, PA at the following memoriam donation website: eriebenedictines.org