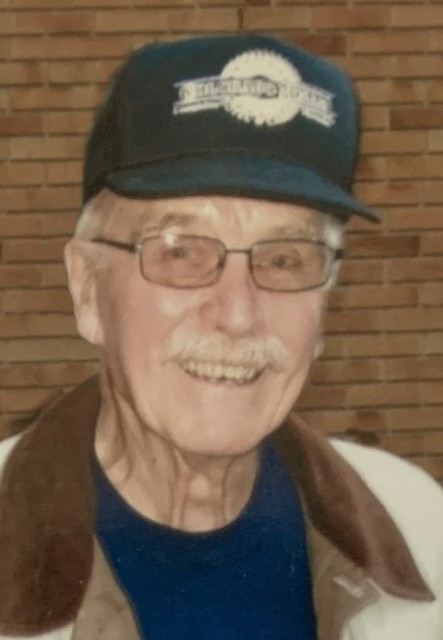 Douglas Geib, aged 94, of Wyoming, passed away Friday, May 7, 2021. Douglas was preceded in death by his parents Theodore and Clara Geib; his first wife Virginia Finkler; second wife Winifred Elmakinder to whom he was married for 50 years; sisters Marcella Amante and Geraldine Redner. He is survived by his children, Douglas and Cathy Geib, Michael and Debbie Geib, Steven and Susan Geib, Cheryl and Mack White; six grandchildren; five great-grandchildren; sister, Shirley and Abe Borrusch; close friend Jeff Bluhm; and special friend who he became reacquainted with later in life, Norrine E. Chase Polkowski from Godwin. Doug graduated in 1945 from Godwin High School. He was very active in all sports during his high school years. Doug served in the Navy during World War II for three years. He retired from Swift and Company after 35 years of service, then worked 15 years for Loewenstein Poultry. He also volunteered with the city of Wyoming in the Retired Senior Volunteer Patrol for 10 years. His special place was Paris, Michigan, where he had several acres and spent every weekend. The place was very dear to his heart. A memorial service will be held 1:00 p.m. Wednesday, June 2, 2021 at Stegenga Funeral Chapel, 3131 S. Division Ave., Wyoming. In lieu of flowers, please consider donating to Spectrum Health Hospice.