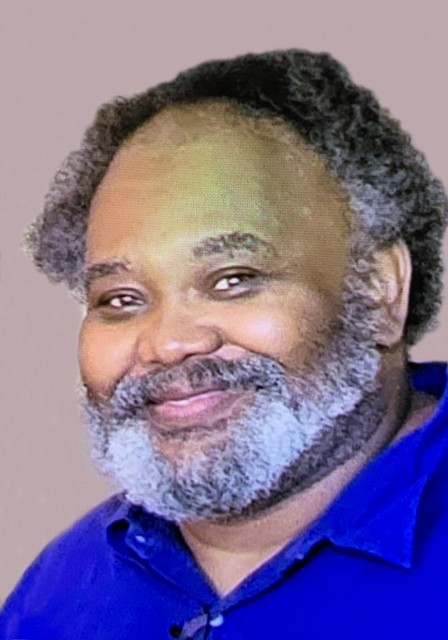 Eddie was born on September 3, 1959, in Chicago, Illinois to Patricia Ann Key and Early T Mcintosh. Eddie Dean Key was called away from his labors to rest on November 17, 2021. When Eddie was young, he and his mother moved to Grand Rapids, Michigan where he grew up. He went to Alexandrer Grammar School, Iroquois Middle School, and Ottawa Hills High School, and he received his Bachelors in Architecture Design at Grand Rapids Junior College. Eddie helped build a fire station, community building, and a home in Grand Rapids. Through his mom, Eddie learned about God at an early age, and in 1991 he attended Greater Eleazer Temple under the leadership of Pastor Larry Weaver. Eddie was baptized in Jesus’ name and filled with the precious gift of the Holy Ghost. At the age of 32, Eddie met his Beauty Queen, his tiny boo, his wife; Vanita James. They were married on February 14, 1992, and with this union he became a father of four. In 1994, Eddie resided in Indiana where he became a professional truck driver. In 2004, Eddie started his own business, Graphic Art Design and Keys Variety Services. In 2013, Eddie moved back to Grand Rapids to care for his ailing mother. Eddie served faithfully under the leadership of Bishop Allen Julien and Pastor Dorian Richardson. Eddie was preceded in death by his mother, Patricia Ann Key; grandmother, Zettie M. Key; father-in-law, JD Baker; grandson, Carlos Martinez James. Eddie leaves behind to cherish his memories his loving wife of 29 years, Vanita Key; children, Tracey (Edward) Parker, Mikel James, Roy (Etta) James, Karon (Jennifer) James; aunts, Mary Foster, Joyce Robinson; mother-in-law, Katherine Staten; brother-in-law, Jerry Baker; cousin, Rebecca Robinson; 24 grandchildren; 19 great-grandchildren; nieces, nephews, uncles, aunts, cousins; The Apostolic Church family. Eddie was a very quiet and humble man. As Eddie’s wife would say, he was her Gentle Giant. Eddie was a computer wizard and loved to watch Star Trek and loved science. Eddie loved to travel with his wife and spend time with his grandchildren and their many children. Eddie had so many electronics, you would not even believe it! He loved being on time for Sunday School and Bible Study. Eddie loved the word of God. He will be truly missed by many. Funeral services will be held Monday, November 29 at noon at the Apostolic Faith Church, 1935 44th Street SE, Grand Rapids MI 49508, with Elder Dorian Richardson presiding. Relatives and friends may meet the family one hour prior to the service at the church.