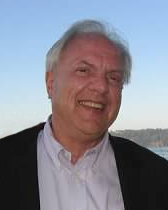 Robert K. Kraai, age 79, of Kentwood, was welcomed into his heavenly home on Saturday, September 3, 2022. For most of his life, Bob lived in the Grand Rapids area, attending Zeeland and Grand Haven High Schools. After high school, he entered the US Navy and later served in the US Air Force. He managed Tarry Hall Roller Rink in Grandville for a time, but spent much of his career in sales at Imperial Graphics. He was a talented artist and enjoyed working with many mediums including glass and pyrographics. He was part of the Grand Valley Artists organization, and enjoyed the many friendships that were formed through the art shows he helped to manage. He enjoyed music, played piano and loved his dogs dearly. Bob enjoyed visiting with veterans and never missed an opportunity to share his faith. He will be greatly missed for his ability to problem solve, master any project, and his willingness to help anyone in need. He was preceded in death by his parents Jason and Barbara Kraai. He will be lovingly remembered by his son, Randall (Heather) Kraai; daughters, Laura Vetrano and Tricia Schultz; life partner and dear friend, Carol Korreck; grandchildren: Brianne, James, Henry, Milo, and Josiah; brother, Doug Kraai; sister, Nannette Rodgers; niece, Mackenzie Rodgers; and aunt, Shirley VanHoven. A Celebration of Life will be held at Tarry Hall Skating Rink in Grandville, MI on September 25, 2022 from 2-5pm.